Cheap custom USB flash drives have their allure, but can result in customers being scammed by sellers of fake capacity thumb drives. Don’t let this be you!

Here are a few WARNING SIGNS to be aware of:

Why Flash Drives Not Made in America

Semiconductors fuel the global economy. In order to make affordable or cheap custom USB flash drives, SD cards, smartphones, cameras or other consumer electronics, semiconductor manufacturing is needed. Simply put, semiconductors are small electronic devices, a bit smaller than the size of a postage stamp. They are made of silicon or germanium material and are the brains behind the storage, movement and processing of all the data in our daily lives such as:

American semiconductor companies focus on the less volatile and higher profit margin design and outsource much of the less profitable and more volatile manufacturing, testing, assembly and packaging. About 87% of all of semiconductor manufacturing is overseas by Asian “fabs.” .

To summarize, most American semiconductor companies focus on DESIGN then “fab-out” MANUFACTURING and other back-end steps to China and other Asian countries. So flash drives may be designed in the USA, but they are made in China, Taiwan, Singapore and Malaysia. 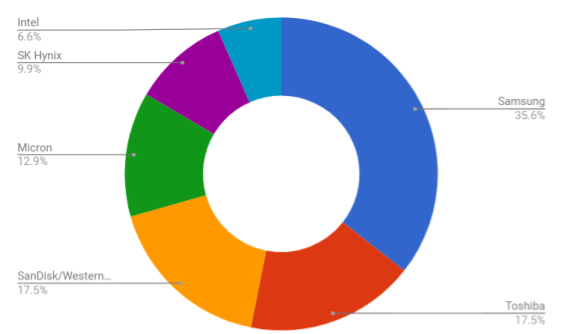 Phygital Flash Drives – The Tale of the Trail

Flash Drives Keep Your Data Safe from Hacking: Don’t Get Hacked By Russia Like Yahoo!